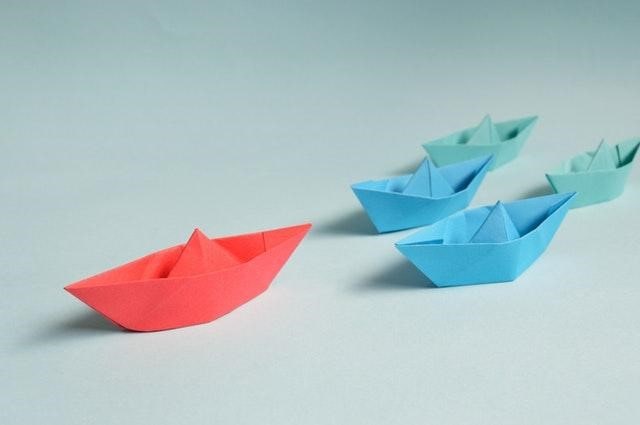 If you’ve started a business so you can rule over people, then, well, you might want to find another way to make your fortune, because the times they are a changin. Whereas in the olden days, employees would submit to the authority of those in control, today it’s much more likely that there’s going to be a more respectful, two-way relationship in the workplace. The good news is that there’s no downside to this. It’ll help to make workers more productive and happier at work, and you’ll enjoy your role more, too. But if you’ve always seen yourself as the boss, how can you become the leader? Below, we take a look at a number of characteristics that defines a leader.

There’s a pretty startling statistic about life in the modern working world. It shows that the bosses of companies are actually working longer and harder than their employees; this has never happened in the history of the world. Most bosses would invest some cash, let everyone else do the work, and then pick up the money at the end. Now, they’re pulling sixty hour weeks! While you don’t have to go this far – you’ll quickly burn out if you routinely pull twelve-hour shifts – but there is something to learn. A leader sets the example. They don’t ask their staff to do things that they’re not prepared to do themselves.

It’s not enough just to work as hard as anyone in your organization. That’s not going to impress people by itself. You need to also set the tone. Leaders are able to command the respect of their workers without asking for it, and one of the best ways to do this is to establish your respect, and then keep it. Respect can be built up pretty quickly when you’re in an authoritative position, but it can be lost even further. It’s all about your attitude and temperament. A dignified approach, one in which you’re always cool, calm and collected, will take you far in your bid to be a leader. On the other hand, if you’re prone to bursts of anger or foul moods, your employees won’t know how to take you. Reliability and openness are two foundations of leadership; if you bring negative emotions into the office, you’ll have neither.

There are those who try as hard as they can to control everything, and those who are willing to let things take their course. This is one of the biggest issues when it comes to management vs leadership. A manager will dole out tasks to their staff like they’re robots, and expect them to be completed in much the same way. A leader will trust their staff. They’ll know that they were capable of what will be asked of them when they hired them in the place, and won’t feel the need to micromanage every aspect of the project. So trust your staff, and remember that humility is sometimes merited; in some cases, your staff is going to know much more about a subject than you are.

Your employees are not a cog in your grand machine. They’re human beings, with their own problems, emotions, ambitions, and everything else. A core difference between a manager and a leader is that a leader will take an interest in the personal lives of their employees; a manager may also do so, but it’ll be less of a requirement for their needs. So if you want to be a leader, get to know your staff. It’ll only do good, and plus, it’s worth remembering that workers are happier in their job if it feels like the people they’re working for have a personal interest in their life.

Know When to Take the Fall

A stronger leader doesn’t pass the buck; they take responsibility for the failures, and share the successes. It’s not about glory or becoming a martyr; it’s about accepting the responsibility that comes with being a leader. If you can’t handle that, then you can’t be a leader.

As we said at the beginning of the article, it’s a changing world out there. People are no longer content just to be told orders from the people above them. They want to feel part of something bigger, and to have the space and capacity to grow. If you lead rather than manage, you’ll be giving your staff the opportunity to deliver their best work, and that can only help your company to move up and up.